If you have been following the Oscars Academy Award Ceremony, you should know by now that something familiar happened again. They had announced the wrong winner for the Best Picture. The host, Jimmy Kimmel, did try to explain on his talk show regarding this issue. From what he mentioned, it seems like the reason is because that they have given Warren Beatty and Faye Dunaway the wrong envelope. But we think there is more to it.

Let’s review the Best Picture winner’s card that was shown during the ceremony. 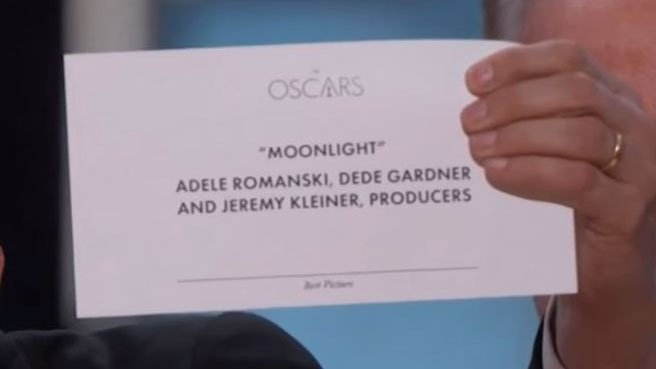 We are not sure what you think about the card, but we realized the issue lies with the design of that winner’s card, again.

I think we can all agree that the goal of that card is to inform the host about the winner in the fastest possible time. Hence, the card does not need to look pretty or with fanciful graphics. But what bothers us was how the category name was located at the bottom of the card with the smallest font size. Secondly, since this is the Best Picture Award, the film should be of higher importance than the producers’ names. However, as you can see from the card, they are of the same font size, making it hard to see that the film name is of higher importance. We would have imagined that the “La La Land” having both the film name and Emma Stone of the same font size and the “Best Actress” written at the bottom of the card as well.

So, as a host, you will see that it is hard to recognize that they are holding the wrong card. Apparently, they did not notice the small note at the bottom of the card that states the Award title.

If our design team were to do the design of the scorecard, the first thing we will do is to rearrange the order of the content and change the font sizes.

Below is an idea of how we think the card can be better designed for both the Best Actress and Best Picture: 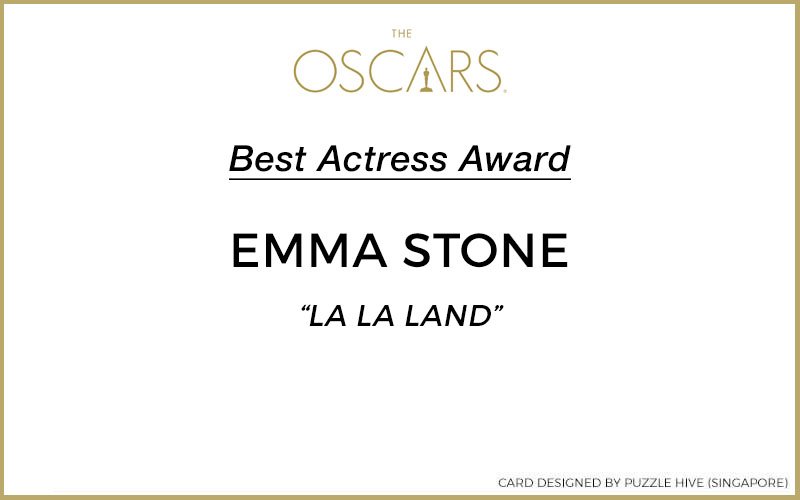 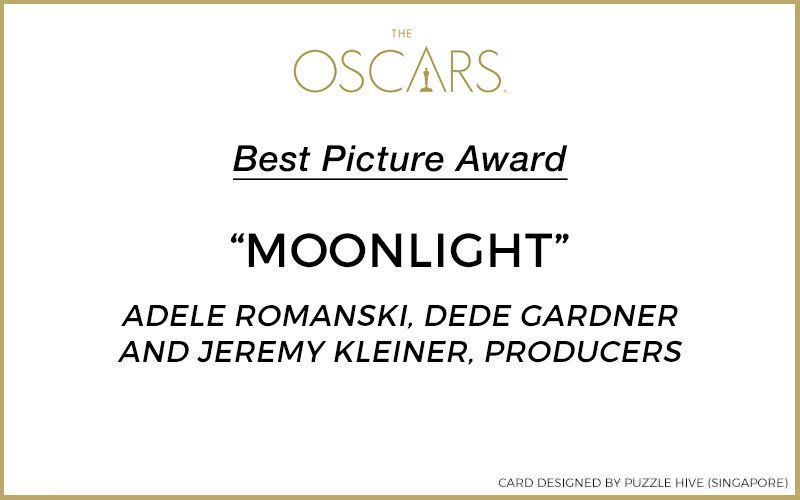 As you can see, we placed the Award title at the top of the card with a decent font size so that the host can see it straight away. This will alert the host if it is the wrong Award title. Also, you will notice that the winner’s name (the main one that will be announced) is bigger than the other information on the card.

That’s it. It seems like they did not allocate the resources to look into the design of the winner’s card to prevent such an incident.

As an user-experience (UX) designer, the first principle when deciding a design works or not is to not let the user “think”. It means that as far as is humanly possible, when we look at a winner’s card, it should be self-evident. Obvious. Self-explanatory.

It may be a small change but it might make a big impact.